December 4, 2019 (Nashville, TN) Laurie Cardoza Moore, President and Founder of Proclaiming Justice to The Nations and Special Envoy to the UN for the World Council of Independent Christian Churches (WCICC), condemns the antisemitic statements by the radio broadcast host Rick Wiles as heretical and believes they will ultimately incite violence against Jews.

A CALL IN AMERICA FOR "CIVIL WAR" AGAINST THE JEWS?

As we approach the heart of the holiday season celebration and the New Year to come, I am looking back on a year when too many of my Jewish friends have told me they have a growing fear of being a Jew in America…

Need I say it: antisemitism never takes a holiday. It has never lacked voices to deck the halls of history with hatred.

Amid both Christmas carols and happy talk of Chanukah, a new loud voice has been added to the chorus around us and making national headlines—that of Rick Wiles, a false prophet in the sheep’s clothing of “pastor” whose regularly aired radio broadcasts have steadily evolved into a hate fest against the Jews.  He has most recently focused on inciting Christians to a violent civil war with Jews in the United States.  He recently informed his audience that “Jews are taking over America by launching a ‘Jewish coup’" against Trump.  Of course this is outrageous considering many of President Trump’s supporters are Zionist Orthodox Jews as well as Evangelical Christians.  Ironically, these Zionist Jews and Christians share the same biblical values and have the same concerns about the direction our nation is heading.

A Thanksgiving Message From The PJTN Family To You & Your Family

Wishing you a Happy Thanksgiving!

GIVING THANKS FOR PJTN WATCHMEN . . .

As our thoughts turn towards Thanksgiving this week, I am taking special time in prayer for you, our PJTN Watchmen who have committed to stand your watch and have graciously enabled us to achieve historic accomplishments.  We have so much to be grateful for this year thanks to you, our faithful donors and supporters who make it possible for PJTN to go to the front lines of the antisemitism battle every day.

We live at an historic hour…

We have seen a year of unprecedented accomplishments as well as the fulfillment of biblical prophecies over Israel come to reality in global headlines. For example, since President Trump’s official recognition of Jerusalem as the official location for the U.S. Embassy in May of 2018:

SPLC WILL NOT SILENCE PJTN's VOICE

As America was just waking up on Wednesday morning, PJTN was making international news in the challenges to our freedom of speech brought by the SPLC and their association with our organization being banned by Amazon Smile.  As promised—we will not be silent on this infraction of our liberty—and yours!  Here are a highlight of media clips on the story:

No sooner did we arrive back in the US from a triumphant mission to bring hope and healing in South Africa from the scars of antisemitism, when I remembered—as we approach Thanksgiving next week—that PJTN was removed from the Amazon Smile program which enables Amazon customers to designate us as a favorite charity and declare that a portion of each purchase designated can be directed to us as a gift.

As more than 200 rockets fired from the Gaza strip were directed towards Israel over the past 48 hours, PJTN joined all who love Israel and the Jewish people in gratitude for the “Iron Dome” of protection God has placed over His favored nation.  Please continue to pray for the IDF soldiers and the citizens for God’s hand of protection upon them as they fight to secure their ancient homeland.

Too, here in South Africa, I can report God’s favor and that we have much to be grateful for!  Our meetings have been amazing in the response I’ve seen—people in this far away land that I have never before met reaching out to me to thank me, with great emotion, expressing their gratitude for our Focus On Israel (FOI) program.  They shared stories about how FOI has been a beacon of light and hope to them in the midst of the darkness of antisemitism that has for far too long enveloped South Africa.

SOUTH AFRICANS WILL NOT TOLERATE ANTISEMITIC BDS CAMPAIGN AGAINST ISRAEL

Just before departing Israel for South Africa, I had the wonderful privilege of bringing personal greetings from PJTN while at a function hosted by Israeli President Rivlin.  As I share the photo with you, I will admit this was an honor I won’t soon forget. 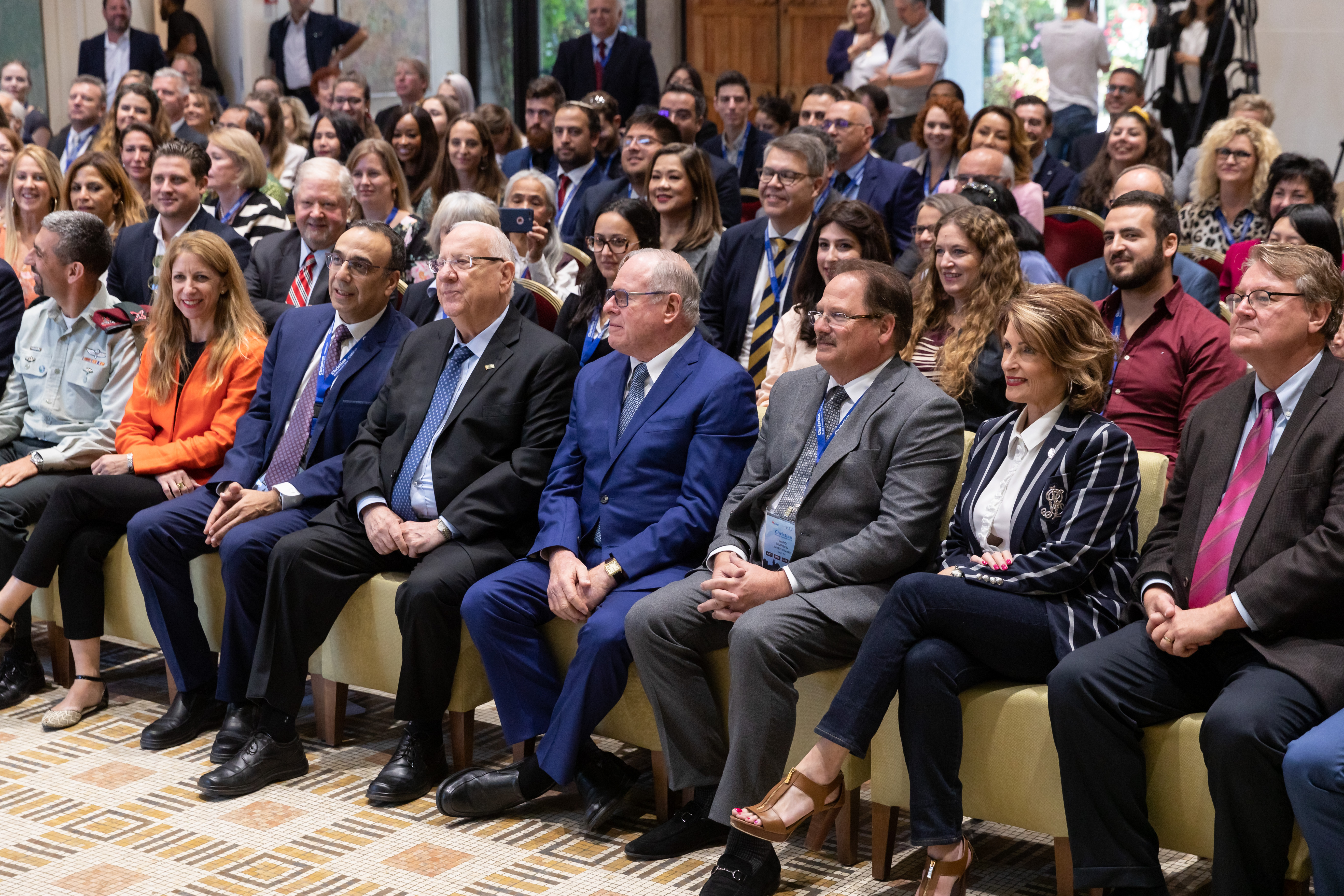 Here, too, is a wonderful feature that appeared late last week at Israel Hayom.com recounting the facts on evangelical media’s impact on providing support for Israel.  My comments on this trip have been eye-opening to many, and certainly, PJTN continues to march boldly forward in our mandate to “educate Christians, Jews and all people of conscience on the biblical responsibility we hold to support Israel and our Jewish brethren!”

LAURIE CARDOZA-MOORE: PJTN FOUNDER AND PRESIDENT TAKING GLOBAL MISSION ON ANTISEMITISM NEXT WEEK TO SOUTH AFRICA HAS A MESSAGE FOR SOUTH AFRICA’S PRESIDENT

LAURIE CARDOZA-MOORE: PJTN FOUNDER AND PRESIDENT TAKING GLOBAL MISSION ON ANTISEMITISM NEXT WEEK TO SOUTH AFRICA HAS A MESSAGE FOR SOUTH AFRICA’S PRESIDENT

(NEW YORK, NY) –November 8, 2019— On her way to South Africa for meetings next week, Laurie Cardoza-Moore, Founder and President of Christian pro-Israel advocacy organization Proclaiming Justice to The Nations (PJTN),  today voiced her deep appreciation for South African President Cyril Ramaphosa’s lavish praise last week for Israel’s economic leadership, which he elevated as a model for his own country.  In a major economic summit speech in Johannesburg which was aired across South Africa on national television, the president cited Israel as “Leading by leaps and bounds in economic innovations.” He went on to add “Israel has shown that they can lead, and we can learn a lot from what they do.”

Proclaiming Justice to The Nations

At PJTN, our members are the strengthening foundation and empowering, sustaining force of all that we do. Please consider joining us in our efforts to raise awareness, stand against Anti-Semitism in all forms and thereby strengthen advocacy for our Jewish brothers and sisters, and the beloved nation of Israel.